On the 60th anniversary of the much-adored comic book series, Asterix and Obelix embark on a quest across Gaul looking for a young druid worthy of learning the secret of the magic potion – a formula which has long helped to keep the Gaulish village safe against Julius Cesar and his invading army. However, once Asterix and Obelix begin their quest, all hell breaks loose at home as the Romans start attacking the village, and an evil wizard named Sulfurix does everything he can to steal the potion’s secret recipe. 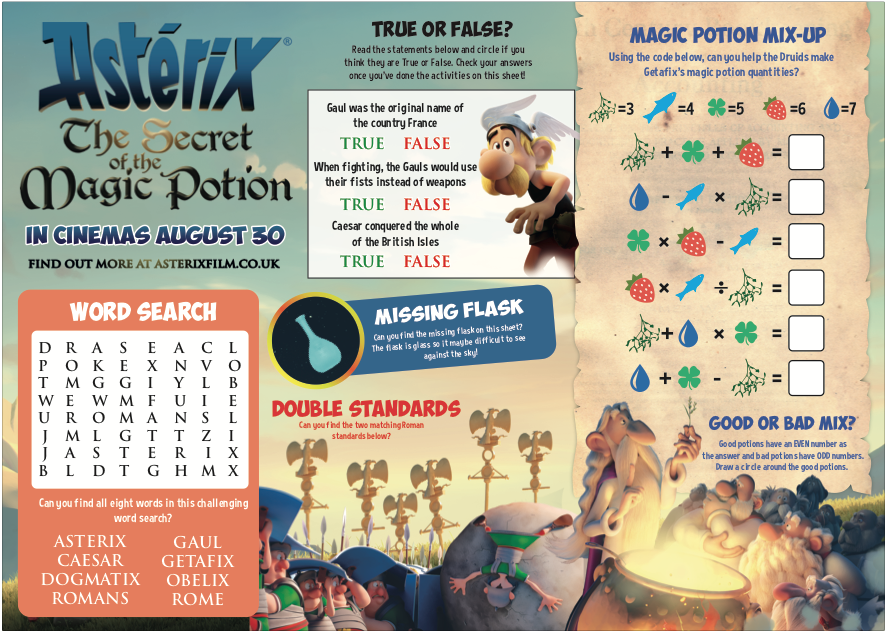