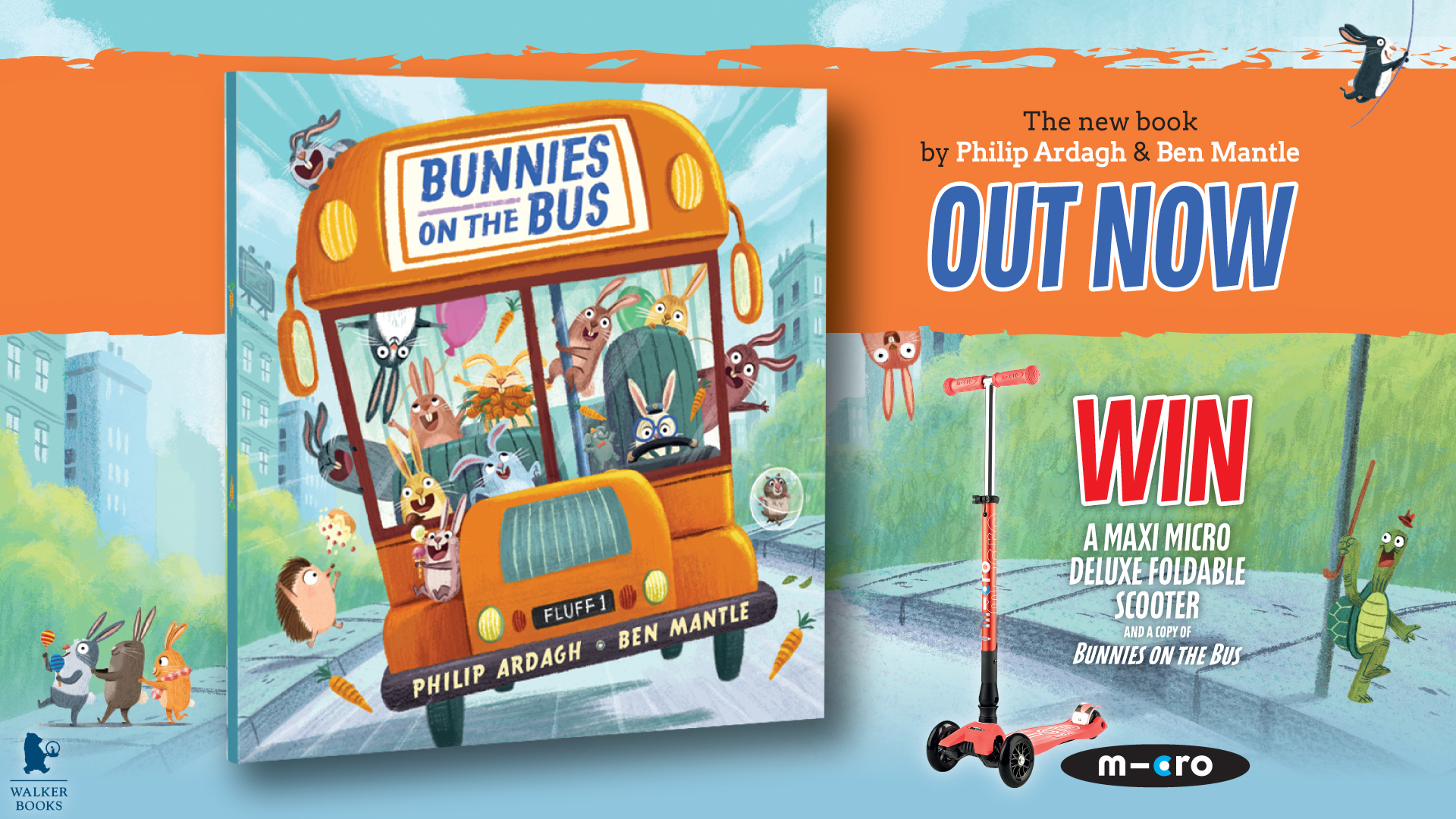 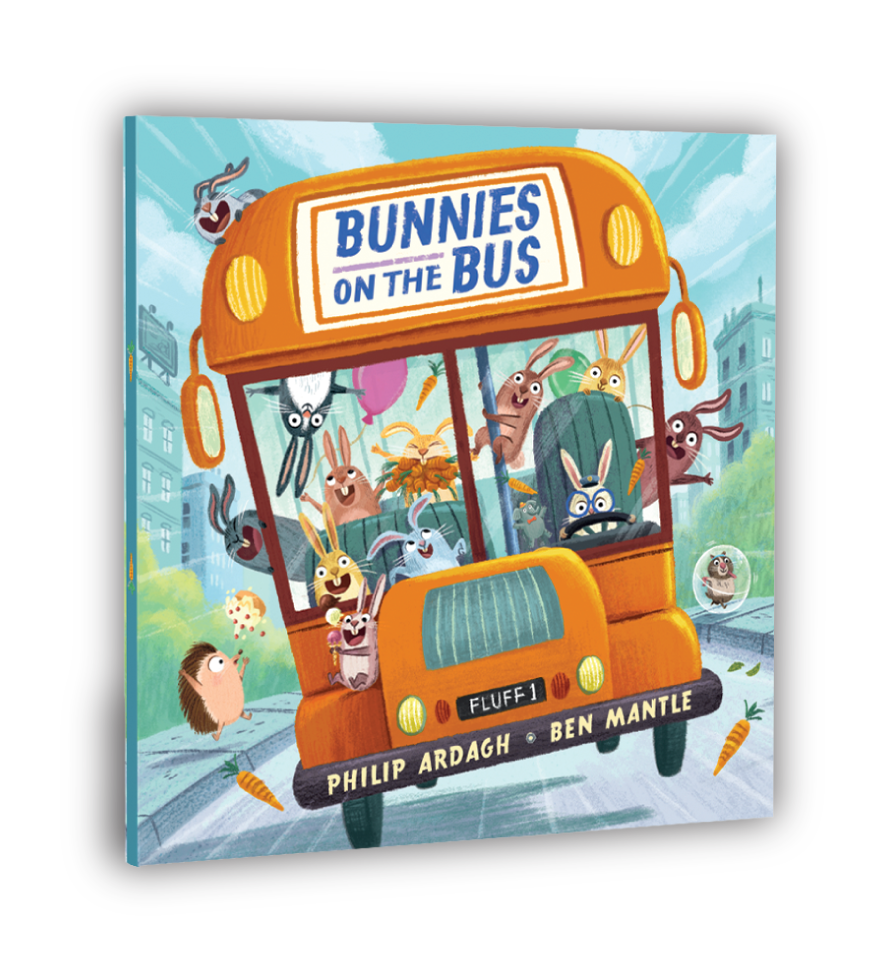 BUNNIES ON THE BUS

Watch out! Move out of the way! Hold onto your tails! There are … BUNNIES ON THE BUS! And they aren’t stopping for ANYONE!

The bunnies have taken over the bus and they’re on a wild ride across the streets of Sunnytown! They whizz past the bus stop, swerve around corners and zoom over crossings on a non-stop roller coaster adventure! There are bunnies on the roof! Bunnies in the aisle! DO sit down, bunnies, or you’ll end up in a pile! Eventually, they come to a stop … at the train station. And what’s that they’ve spotted? A TRAIN! Uh-oh, here we go again… A hilarious romp of a book, with a fantastic read-aloud rhyming text and spectacular illustrations. 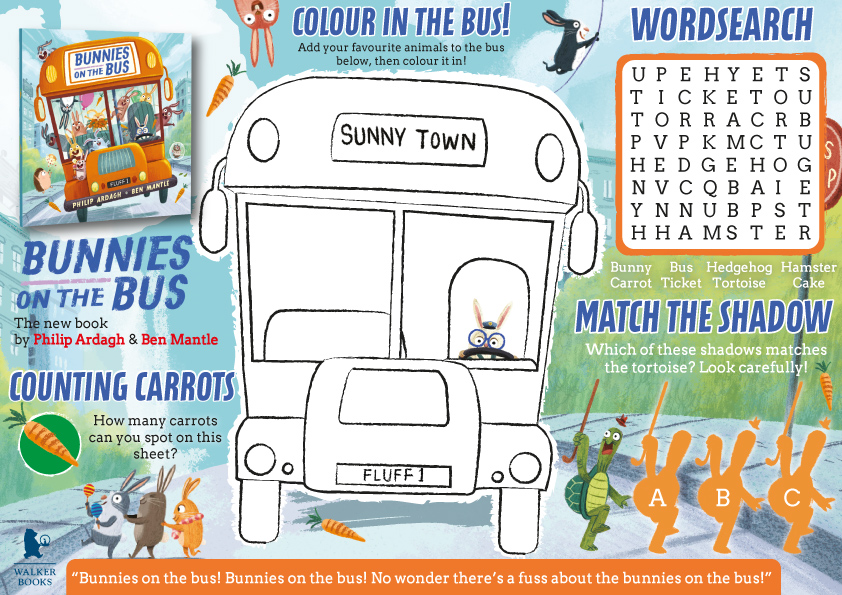