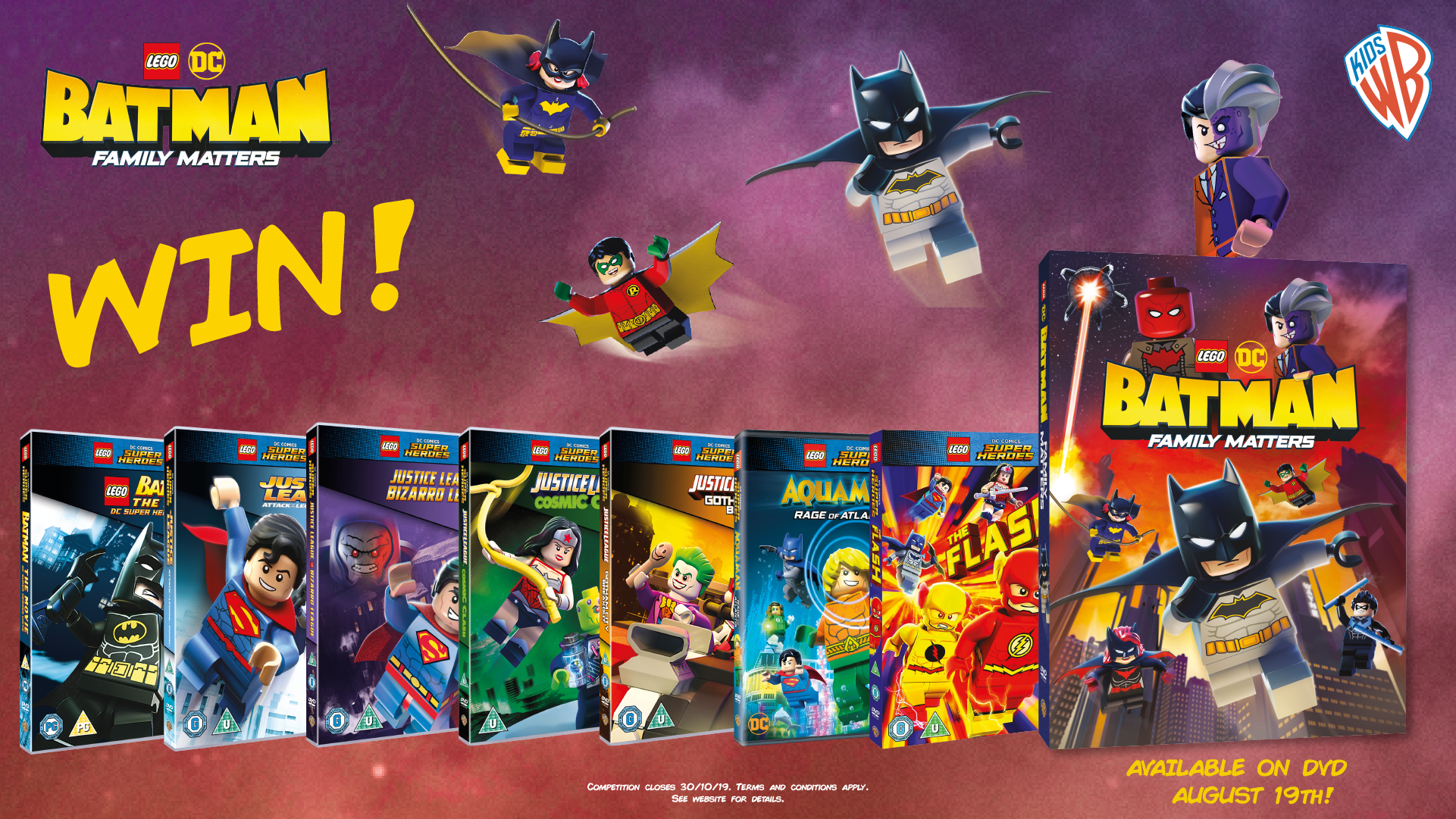 JUSTICE LEAGUE and all related characters and elements are trademarks of and © DC Comics. LEGO, the LEGO logo, the Brick and Knob configuration and the Minifigure are trademarks and/or copyrights of the LEGO Group of Companies. © 2018 The LEGO Group. 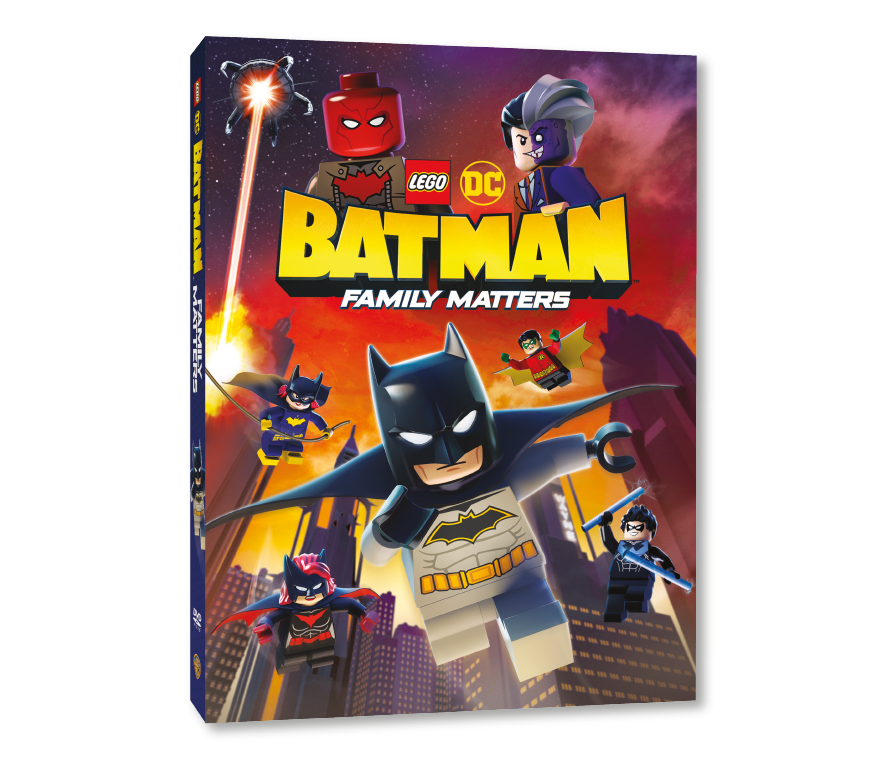 Ominous notes sent to the Bat-family have the heroes racing against time to stop Red Hood, who’s gathering Gotham City’s rogues’ gallery to enact revenge on the Dark Knight.
ORDER YOUR COPY NOW 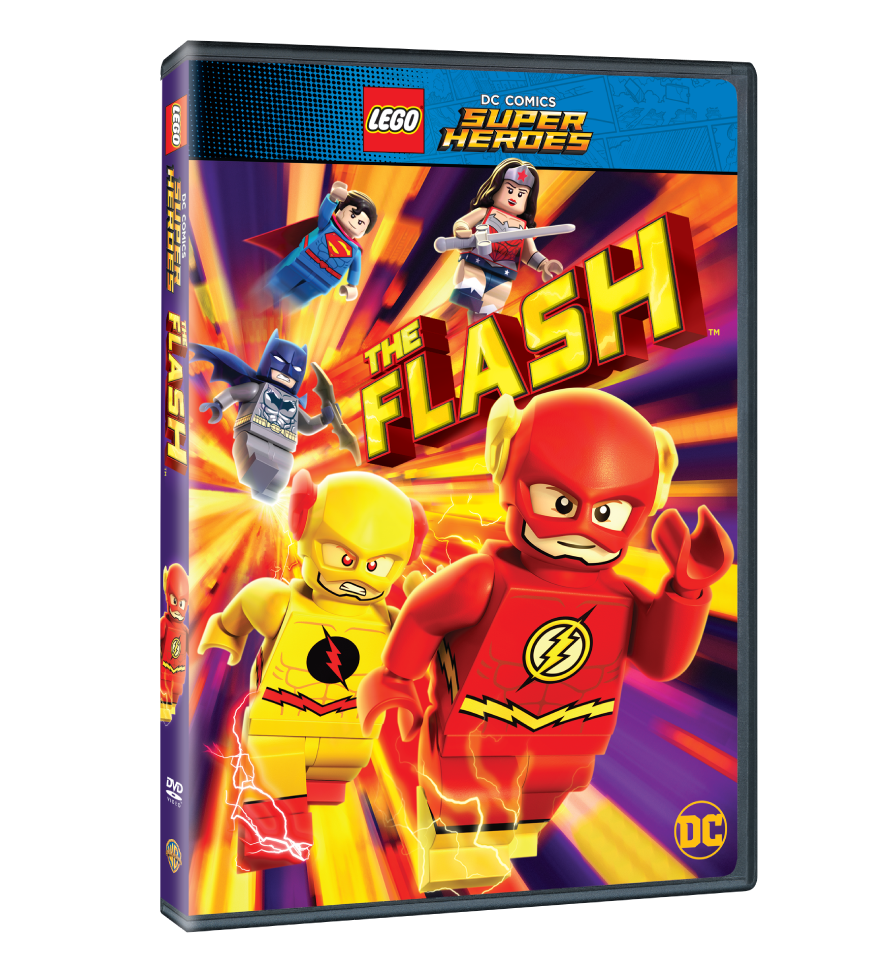 The morning sun shines on the jewel of the Metropolis skyline, The Daily Planet building. But when The Joker decides this building needs a renovation, it’s time to sound the Trouble Alert because all bricks are about to break loose! The Justice League leaps into action but as the battle is brewing against The Joker something goes haywire with The Flash’s powers causing him to get caught in a repeating time loop and even stranger is the yellow clad Reverse Flash taunting him at every turn! It will take all of Flash’s speed, a little magic and the helping hands and paws of the Justice League’s new recruits The Atom, Krypto the Super Dog and Ace the Bat Hound to break the cycle and save Metropolis! 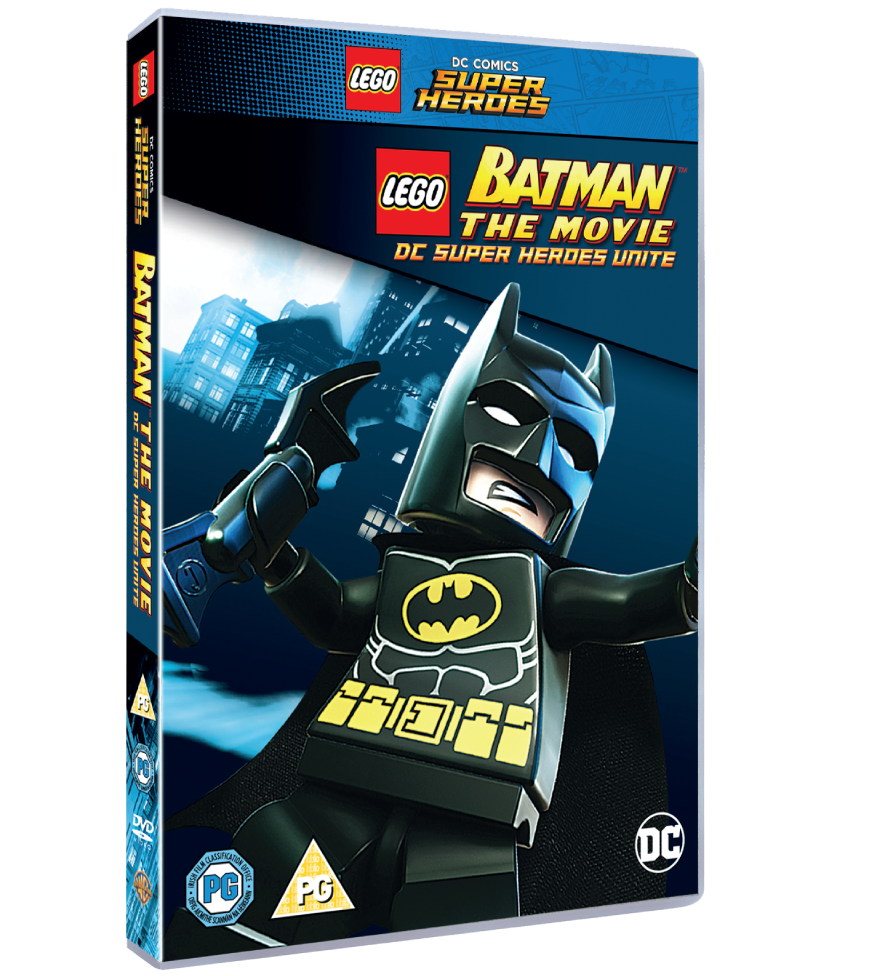 When Bruce Wayne receives the man of the year award, fellow billionaire Lex Luthor becomes jealous and decides to run for President. To create the atmosphere for his type of fear-based politics Lex recruits the Joker to perfect a Black LEGO Destructor Ray which wreaks havoc on Gotham. As Lex destroys Batman’s tech, Batman reluctantly turns to Superman for help. 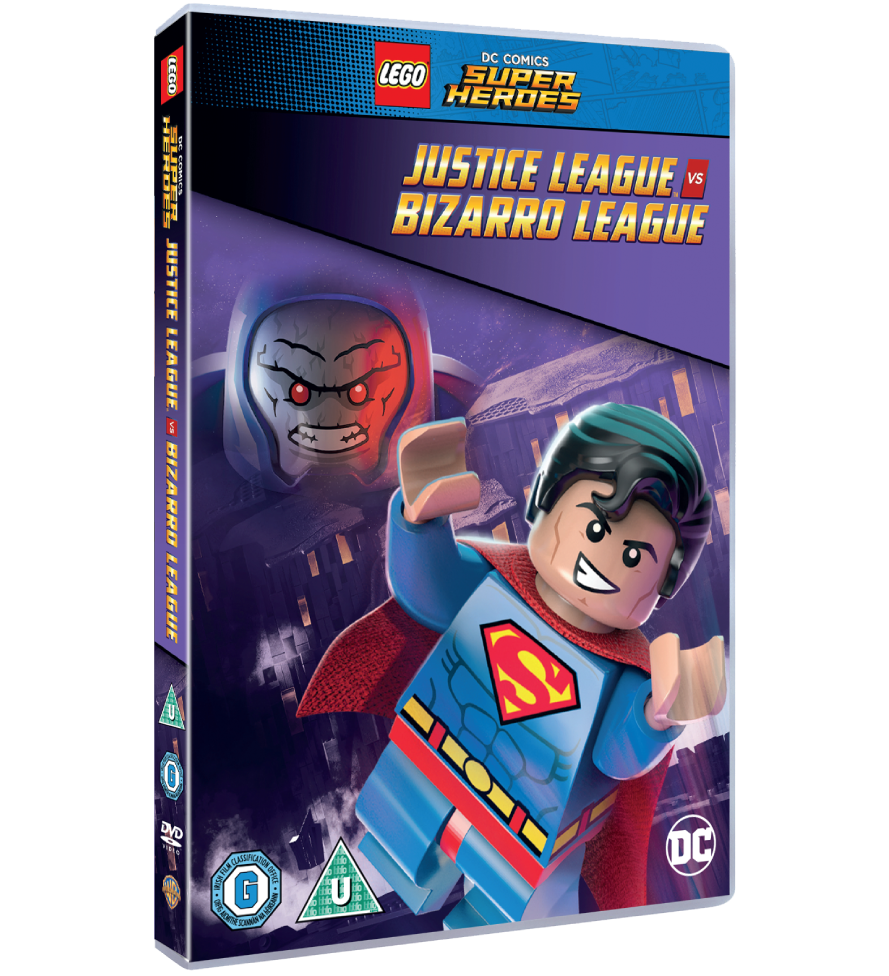 When Superman (voice of Nolan North) decides he can no longer contain his evil mirror image Bizarro (also North) in Metropolis he decides to send him back to his home planet. Once there the destructive clone forms his own rival group of superheroes to fight back. But when Darkseid (Tony Todd) threatens Bizarro’s planet and the entire galaxy Superman and the rest of the Justice League, including Batman (Troy Baker), Green Lantern (Diedrich Bader) and Wonder Woman (Kari Wahlgren), are forced to join forces with their polar opposites in the newly formed Bizarro League to defeat Darkseid and restore order to their universe. 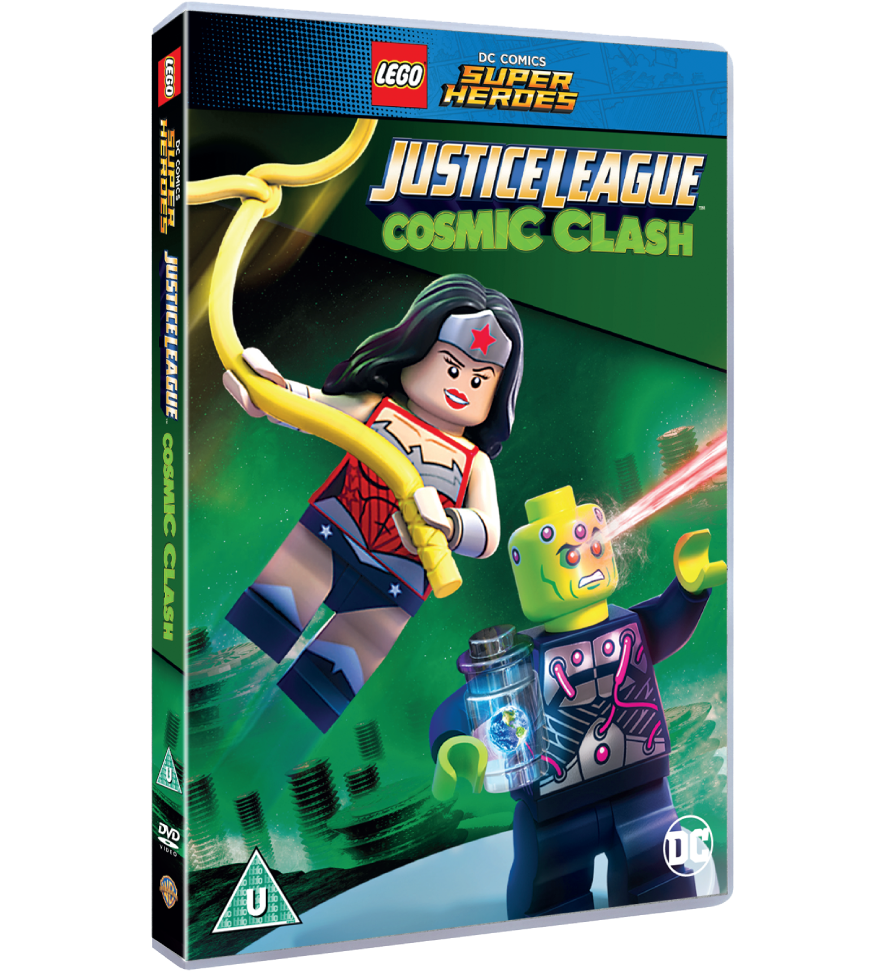 Can Batman prevail against an unstoppable intergalactic machine with the power to bend time itself!? Until now, the Justice League has triumphed over every foe who has challenged them. But all of those enemies had one thing in common: the were alive! This time, they face Brainiac a super-intelligent invulnerable machine whose mad quest endangers all life in the galaxy! With the fate of the Earth and the Justice League at stake, can the World’s Greatest Detective outsmart the most evil supercomputer in the galaxy? 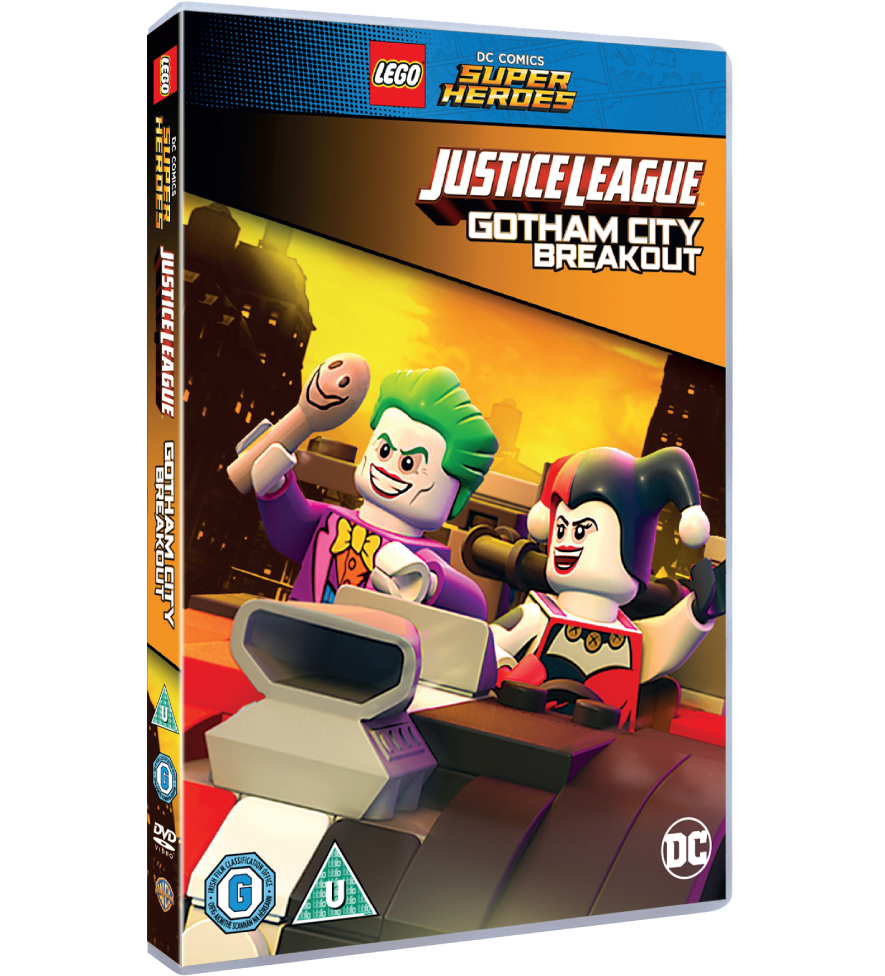 Batman faces his greatest challenge yet: vacation! The caped crusader reluctantly lets Batgirl and Nightwing take him on a long-overdue vacation from crime fighting while Superman and the Justice League watch over Gotham City.

When Batgirl and Nightwing take Batman on a trip down memory lane – literally – to visit a key mentor from Batman’s formative years, the Bat trio encounters old nemeses, and invaders from the center of the earth show Superman and the other Leaguers just how busy Batman is on a regular basis.

It’s a brick-tastic battle on two fronts as Batman, Batgirl and Nightwing take on Bane and Deathstroke while the Justice League – with some help from a few Teen Titans – fends off an assault by many of Batman’s infamous adversaries and ensures Gotham City’s safety. 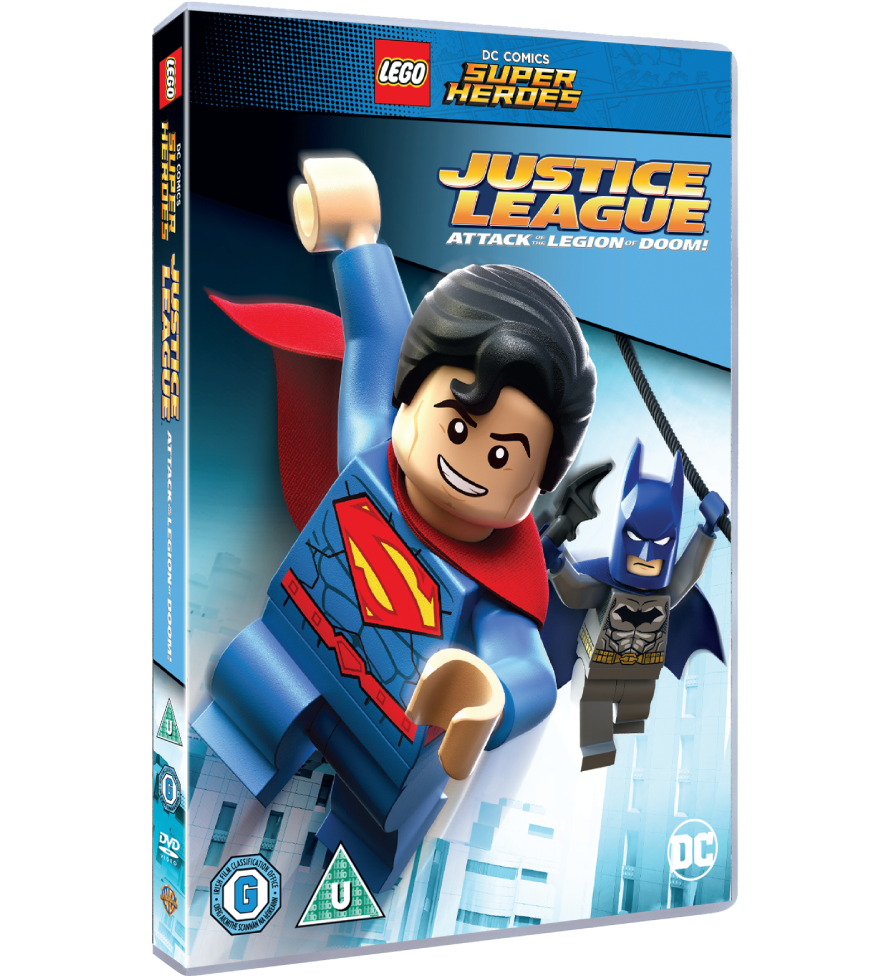 Lego: Justice League - Attack of the Legion of Doom 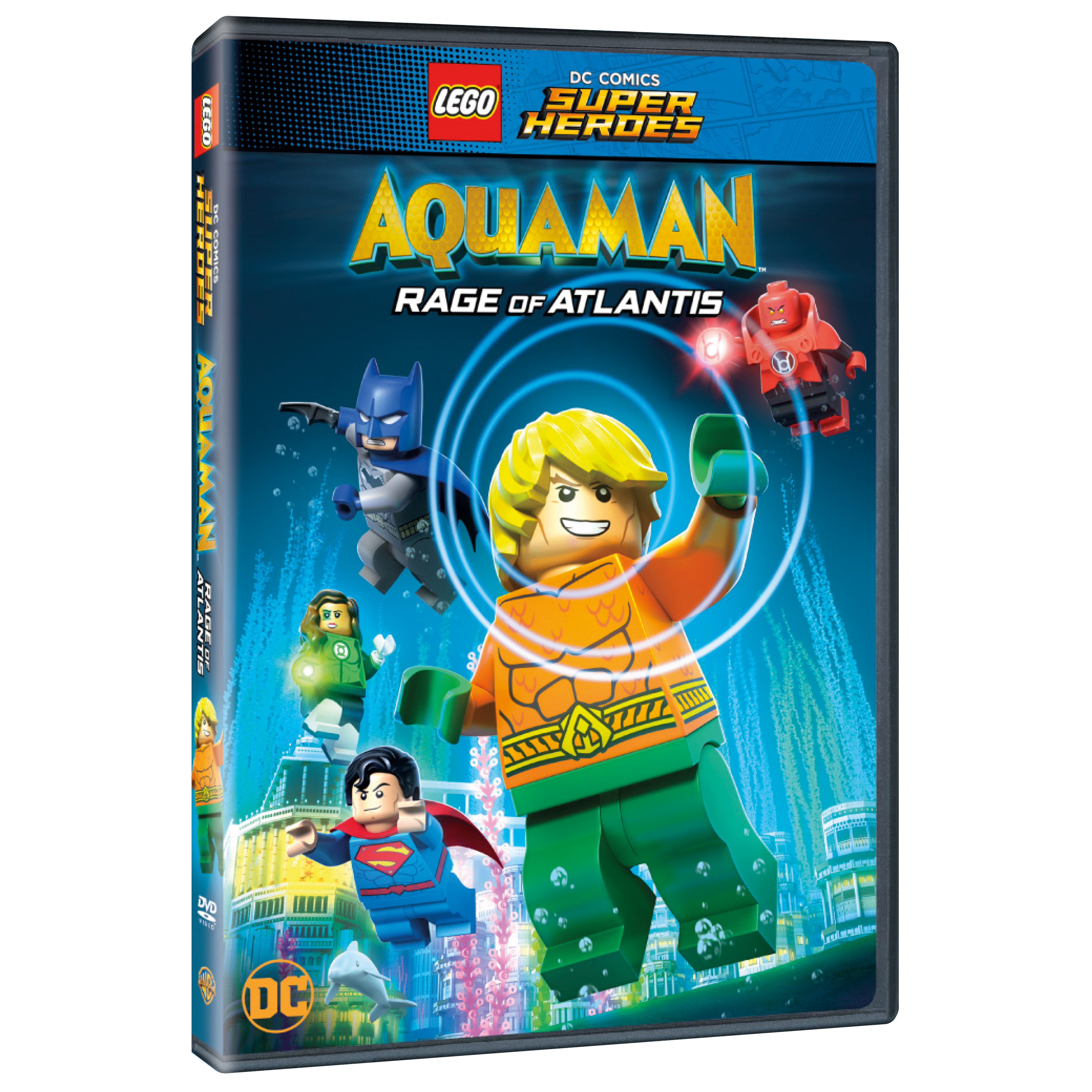 Behold Atlantis, a kingdom of wonder and power beneath the ocean’s surface ruled by Justice League member and all-around awesome Atlantean Aquaman! With his beloved Queen Mera and trusted half-brother Orm by his side, it seems like there is nothing that Aquaman cannot conquer. But when the Justice League’s trouble alert sounds, this water-dweller heads for dry land, where he is joined by Batman, Superman, Wonder Woman and rookie Green Lantern Jessica Cruz. Faced with an extraterrestrial test that will threaten Earth and beyond, Aquaman finds he’s a fish out of water and a king without a crown! Get ready to dive into an ocean of adventure and laughs with this all-new LEGO® DC Comics story. 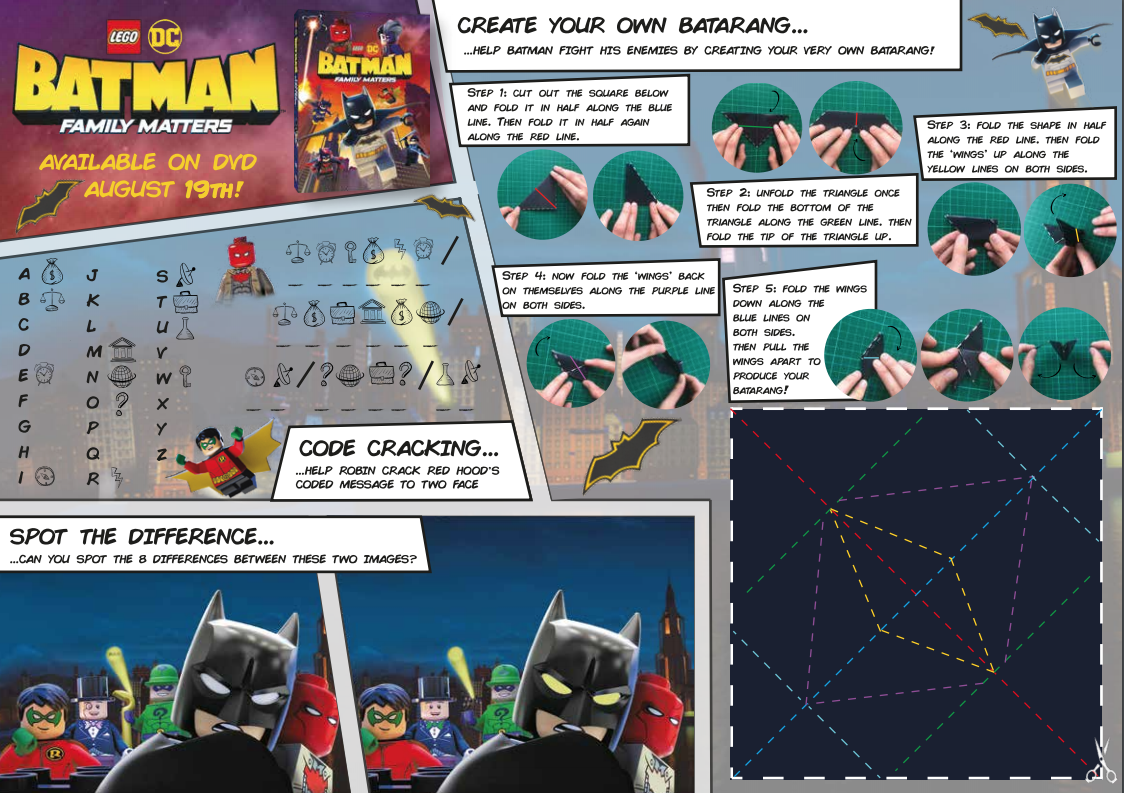